First and foremost, WYLDE is about What You Love Doing – Esports!

Created by the convergence of gaming, entertainment and a competitive performance culture, WYLDE is a new esports organisation with global ambition. Co-owned by the Greatest Of All Time Olympic Gold Medallist and World Champion, Usain Bolt, WYLDE was founded by Steve Daly and David Cronin. WYLDE is truly worldwide, with headquarters in Ireland, deep roots in the Caribbean and representing winning teams and professional players across France, Germany, UK, The Netherlands, Ireland, Slovenia, Spain and many more. And our WYLDE tribe of fans and followers is growing daily, as we strive to bring the best in entertainment and gaming together across our channels. 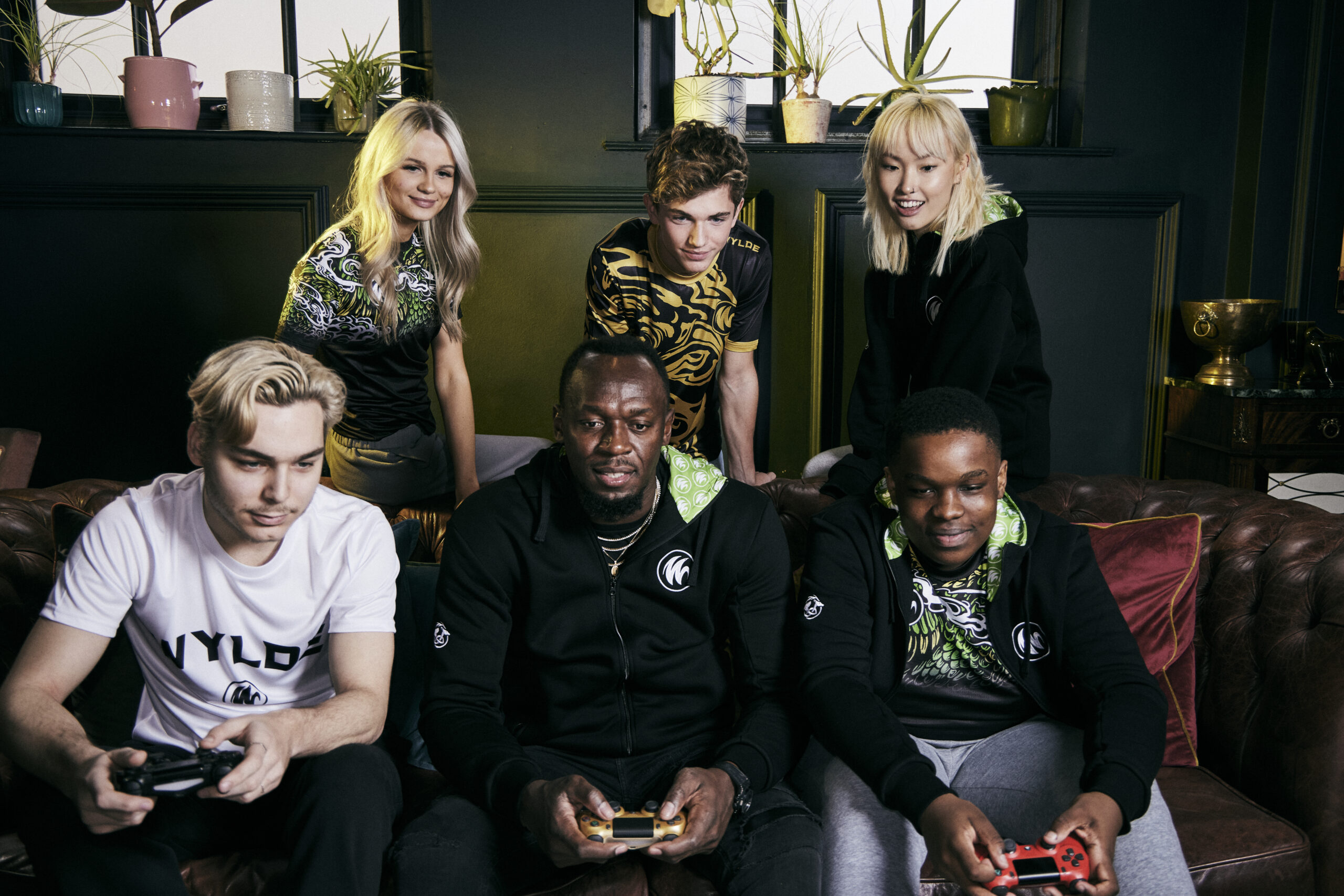 Founded during a global pandemic, we are committed to celebrating and bringing together young people with diverse backgrounds, experiences and perspectives. WYLDE connects this generation through unique gaming content, fun, competitive spirit and performance culture. We endeavour to inspire and to be inspired by you. The WYLDE Academy was established in 2021 to inspire and nurture gaming talent. As well as our high-performance gaming base camp, WYLDE has run community tournaments, provided professional coaching to young talent and have run a number of WYLDE Bootcamps across Europe. WYLDE plans to host a Jamaican bootcamp very soon!

Rainbow Six Siege With a roster brimming with talent and experience, WYLDE has had international success with a 3rd place finish at Gamers 8, taking down esports royalty such as Team Liquid and Spacestation Gaming, and a 1st place finish in GSA League 2022, qualifying the team for Challenger League and a chance for promotion to European League 2023.

Rocket League WYLDE fields rosters that compete in both the EU Rocket League Championship Series (RLCS) as well as the Women’s Carball Championship (WCBC). Our RLCS roster have shown continued development with a top 16 ranking in EU, while WCBC claimed their spot as 6th globally.

FIFA After winning the inaugural EA eLeague of Ireland FIFA 21 championship, our FIFA athletes compete across domestic, regional and global competition in FIFA 23. 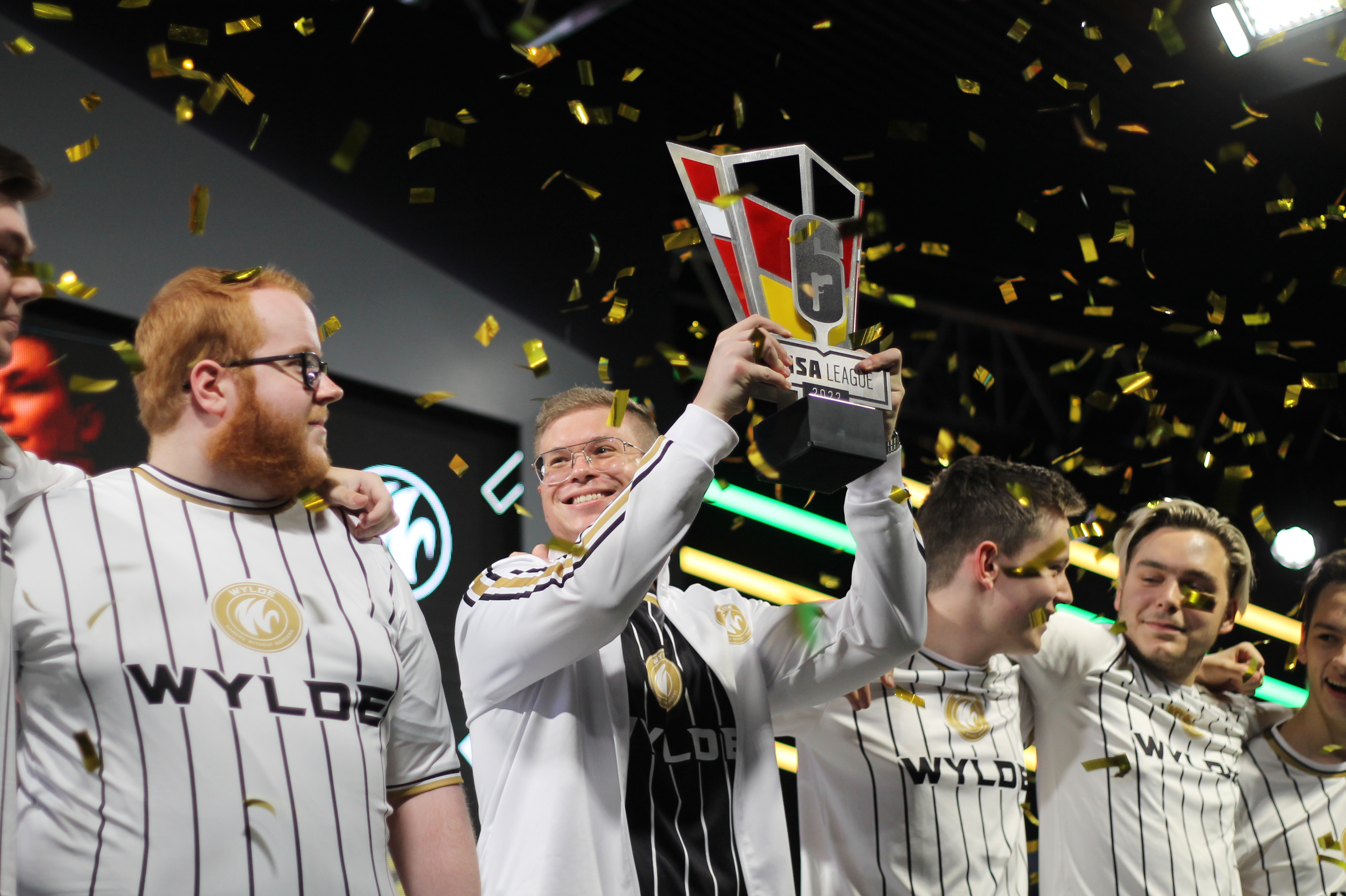 WYLDE is determined to take responsibility when it comes to the world we live in. All WYLDE lifestyle apparel and gaming jerseys are ethically sourced and manufactured using recycled or organically produced materials, without any compromise on quality.

We use cookies on our website to give you the most relevant experience by remembering your preferences and repeat visits. By clicking “Accept All”, you consent to the use of ALL the cookies. However, you may visit "Cookie Settings" to provide a controlled consent.
Cookie SettingsAccept All
Manage consent

This website uses cookies to improve your experience while you navigate through the website. Out of these, the cookies that are categorized as necessary are stored on your browser as they are essential for the working of basic functionalities of the website. We also use third-party cookies that help us analyze and understand how you use this website. These cookies will be stored in your browser only with your consent. You also have the option to opt-out of these cookies. But opting out of some of these cookies may affect your browsing experience.
Necessary Always Enabled
Necessary cookies are absolutely essential for the website to function properly. These cookies ensure basic functionalities and security features of the website, anonymously.
Functional
Functional cookies help to perform certain functionalities like sharing the content of the website on social media platforms, collect feedbacks, and other third-party features.
Performance
Performance cookies are used to understand and analyze the key performance indexes of the website which helps in delivering a better user experience for the visitors.
Analytics
Analytical cookies are used to understand how visitors interact with the website. These cookies help provide information on metrics the number of visitors, bounce rate, traffic source, etc.
Advertisement
Advertisement cookies are used to provide visitors with relevant ads and marketing campaigns. These cookies track visitors across websites and collect information to provide customized ads.
Others
Other uncategorized cookies are those that are being analyzed and have not been classified into a category as yet.
SAVE & ACCEPT